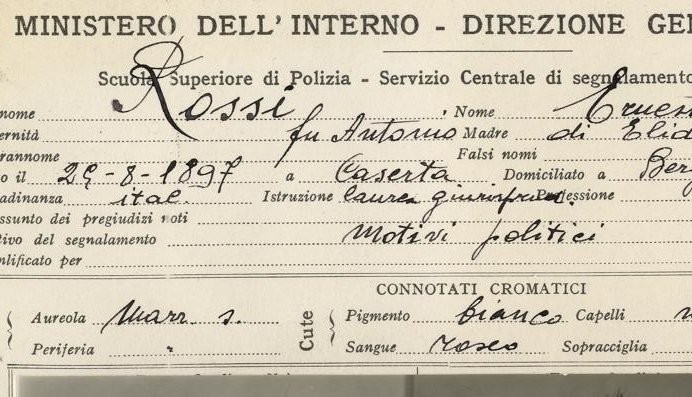 Many Italians have left their motherland for political persecution. The descendants don’t know the history that has forced the ancestors to emigrate. Italian archives have preserved the memory of the expatriation reasons.

In the State Archives of every Italian province  you can discover files made by Political Police Offices and by Prefecture from 1894 to 1943. These documents are about informations found by the police on people considered “subversive”, guilty of political activities contrary to institutions and threatening the stability and security of the country.
At the Archivio Centrale di Stato in Rome you can consult the Casellario Politico Centrale that preserve 152,589 personal files of people considered dangerous.
All people were under investigation, control, repression by the police (officers of Public Safety, Police, Militia Fascist …), which collected the personal and political information now included in these documents.